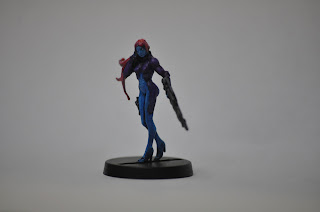 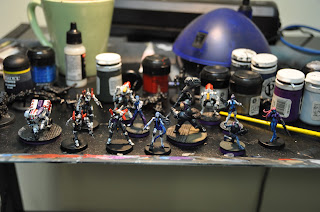 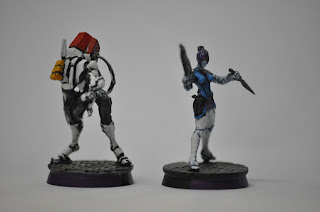 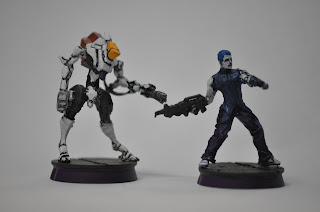 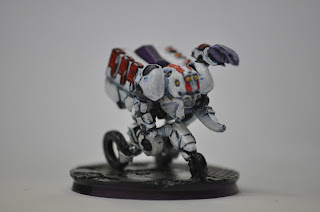 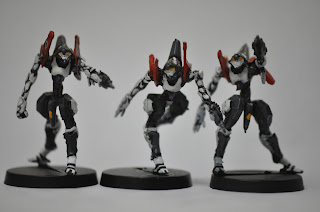 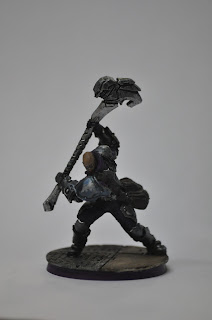 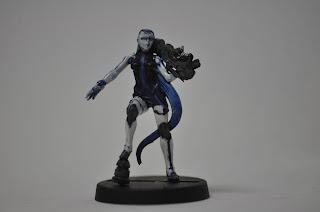 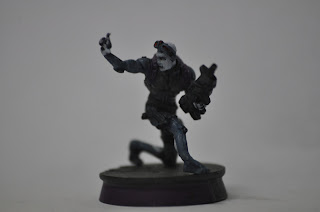 Dodgy Dave and I have gone a bit silly with our Infinity purchases since our first game.  After buy every Scottish model in the range I bought my self another army.  I wanted to go something very different than the Caledonia army I already had so I went with Aleph.  They are very hi tech which was a very new thing.
Posted by JShirlaw at 02:24 No comments:

To Infinity and beyond!

I was very happy to hear that someone else in our gaming club (Mark) had bought into Infinity.  Infinity is a Sci fi skirmish game with very detailed true scaled miniatures.  Mark and I have organised to play a game this weekend so I thought I'd better start getting paint on to them.  When I started this week only the sniper and William Wallace (yes William Wallace is in a futuristic sci fi game how can you not love this game?).  As of Saturday morning I have finished (Basing still needs to be done) the Wulver, the S.A.S. trooper, and 3rd Highland Grey Rifleman.  To finish off the battle group for the game tomorrow I have to paint 4 45th Galwegian Highlanders. 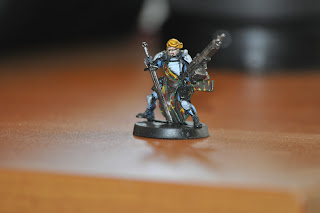 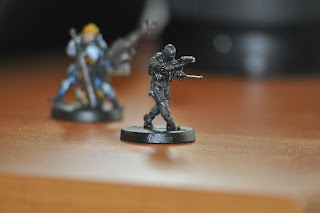 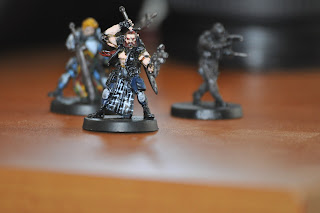 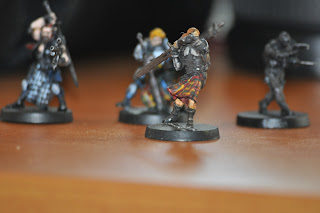 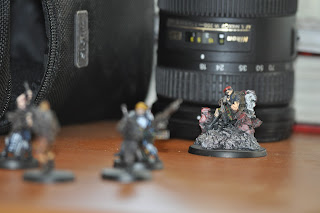 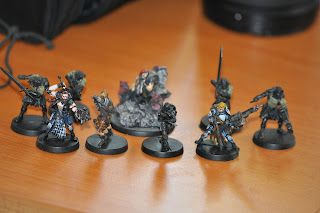 The 200 pt Battle group.  The Highlanders are in the process of getting paint on them.
Posted by JShirlaw at 15:59 No comments:

I've been pretty slack the last few months.  This is evident in the fact my last post was way back in January.  Some of the guys from my local club were talking about the new edition of 40K and how it has made the game fun again.  This reminded me of an army I've had collecting dust in the cupboard for years.
Years ago I started to build a Relictors space marine army.  I've managed to get most of the army painted but some of my favorite models and conversions have been left in their undercoat.  This was no way to treat models that look so cool, so in the last few weeks I've dust off my Librarian and the honor guard I built for him (this was built back when Librarians could take a command squad).  I am not finished yet but here is the boss and his boys.  The unit will be ten strong, the reat are just waiting to get paint on them. 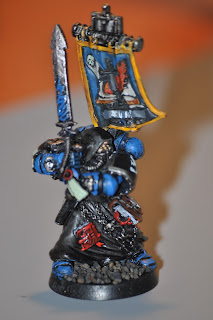 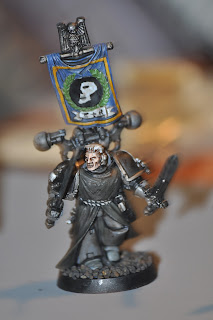 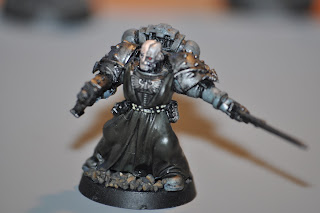 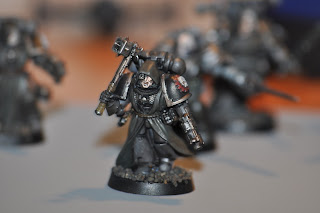 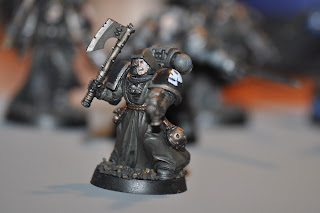 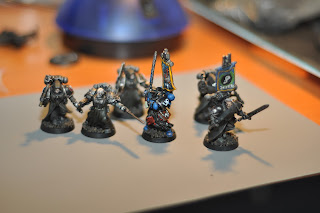 I did it with Gators.

On the 28th of January the good people at Irresistible Force and Allen the Press Ganger ran a tournament at the their store in Shaler Park.  This tournament was the first in Brisbane to use the new steamroller 2012 rules pack.  I took my newly painted Gator army their to try them out on the new rules pack.
The tournament was surprisingly large at sixteen players.  Normally sixteen players would not have been large numbers, but given that there were two very large tournaments running at the same time else where is Australia it was a very positive sign for the Brissy and Australian gaming scene.
With a very depleted field as most of Brisbane top gamers where either at Cancon or the Melbourne tourney I was quietly confident I would do well but I did better then I expected with three straight wins and coming out on top due to strength of schedule.
I learned a few things on the day.  It is very important to read the control points rules as they are different to last year, the other thing is that control points are still collected on the turn where a 'caster is killed.

Posted by JShirlaw at 00:45 No comments:

Changing things up a bit.

After paint most of the Gator army I thought I might do something different.  I've  had some Infinity models lying around that I purchased mainly to paint, so if I don't get paint on them I am wasting a bit of money.  This guy is a sneak peak in the next project to be done after the Gators are all finished. 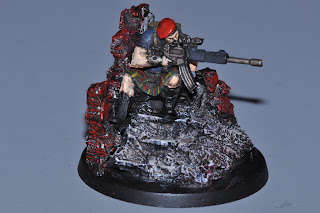 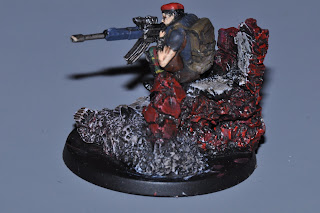 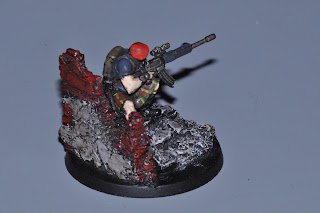 Posted by JShirlaw at 19:43 No comments:

The plan is coming together. 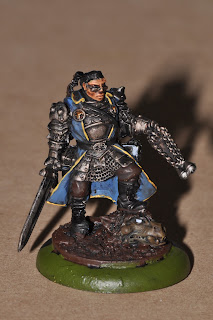 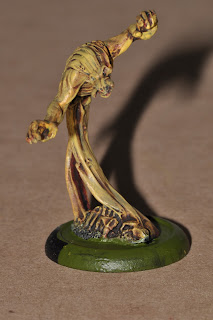 Posted by JShirlaw at 20:46 No comments:

I've been playing my minions since the MKII release for minions and until a few weeks ago most of the army were still in under coat paint.  It is a little embarrassing really so I've decided to get them painted.  With this I've decided to get my current gatorman army painted before I buy anymore minion models.  This means I need to paint:

Posted by JShirlaw at 16:49 No comments: